International apparel makers are slowing or, in the case of some, completely halting expansion in Vietnam since the country’s labor costs are rising. 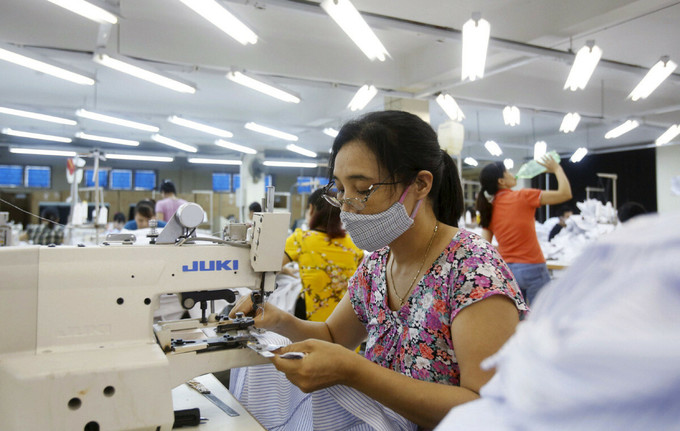 An employee works at a garment factory in Vietnam. Photo by Reuters.

Makalot Industrial, a leading clothing producer for GAP, Walmart, Zara, and H&M, is going slow on expansion in Vietnam.

“More and more companies come to Vietnam … In the foreseeable future, we do foresee a shortage of labor and even fierce competition for hiring staff there,” Makalot chairman and CEO Frank Chou told Nikkei Asian Review, adding the company would now focus on Indonesia, which he expects to become its most significant production base in three to five years.

Eclat Textile, Taiwan’s largest sportswear supplier and whose clients include Nike, Under Armour and Lululemon, has also said that it would stop adding capacity in Vietnam and is looking for other countries to make further investments.

Both companies have been pulling out of China in the last few years, with Eclat Textile closing its last plant in 2016 and Makalot only having 4 percent of its production there.

Most of Eclat’s production is now done in Vietnam and Taiwan, while Makalot produces 37 percent of its goods in Vietnam.

Vietnam has traditionally attracted foreign manufacturers due to its low-cost labor and availability of natural resources, but its low-cost appeal is waning, credit ratings firm Fitch warned in a recent report.

Its minimum wage grew at an average of 8.8 percent a year between 2015 and 2019, making it one of three countries with the highest minimum wage growth in Southeast Asia. Only Laos with 14.6 percent and China with 9.8 percent saw higher increases, Fitch said.

It has predicted average nominal minimum wages to continue rising across East and Southeast Asia in the short to medium term.

“This, together with robust economic growth and the rising costs of living risks exacerbating regional wealth inequality, thereby emboldening workers to demand for higher minimum wages.”

Vietnam raised its minimum wages by an average of 5.3 percent last January to VND4.18 million ($180).

Along with rising costs, one of Vietnam’s weaknesses is the lack of skilled workers, Nihad Ahmed, senior economist for Vietnam at global economic analysts FocusEconomics, said, emphasizing it is far behind China, Singapore, Malaysia, and Thailand in this aspect at a time when developing a highly skilled workforce is critical for attracting FDI into value-added industries.